For future army nurse, working in healthcare during pandemic changed everything – The NAU Review

When COVID-19 started sweeping the world in early 2020, part of Laurel Malm’s life changed the same way everyone else changed: almost overnight she was taking online classes, wearing a mask at the grocery store, and worried about the future.

But the curve ball affected another part of his life in very different ways. Malm, who graduated as a nurse from NAU last week, worked as a patient care technician at Flagstaff Medical Center. When COVID-19 hit, she was on the front lines fighting the deadly, contagious and largely mysterious virus.

“I saw the effects of COVID firsthand – I saw people who were just breathless and needed a good rest and relaxation, and I saw people fighting to breathe, to struggle to eat without their oxygen level falling to dangerous levels, “she said. . â€œIt was the hardest when I was working multiple shifts in a row and had the same patients, and I could see how much they struggled and how much worse they were from 12 hour shift to 12 hour shift. other. In all fairness, we don’t have a lot of success stories from those who beat COVID and come back to the functioning level, so when we do, these patients are truly special. “

Malm is the first NAU graduate to come out of a partnership between the nursing program and the ROTC, which means she will soon be appointed a second lieutenant in the U.S. military to further her career as a nurse. This makes her current experience dealing with stress, urgency and teamwork being on the front line something she will have to get used to and have relied on for the past two years. years.

â€œWorking during the pandemic, even at school, really showed me the real courage and sense of community of health workers,â€ she said. â€œI honestly believe that I wouldn’t have kept my job if my colleagues and managers hadn’t been such good humans. They made this terrible time of health care bearable. “

Malm, who grew up in Gilbert, chose NAU for its affordable tuition; she hadn’t spent much time in Flagstaff other than driving across it to other places. But she found a home here, both in NAU and Flagstaff. She loved it â€” her favorite aspect of her upbringing was the sense of community among her peers.

â€œI made so many friends, from my time in the dorms at ROTC and the nursing program,â€ she said. â€œI have so many amazing connections with teachers and my classmates. I truly believe that I have made lifelong friends here.

Part of that included his association with ROTC, which fit well with the sense of benevolence, hard work, commitment to the country – and just a Small little sibling rivalry.

â€œMy brother enlisted in the US Army after graduating from high school, and I wanted to outdo him in a way,â€ Malm said with a laugh.

She was one of four future army nurses enrolled in the joint program; SLD James A. Battle, professor of military science and ROTC instructor, said Malm embodied what the ROTC program instills in cadets: character, initiative, persistence and professionalism. She took the initiative to go to her office, introduce herself and immediately set the stage for their working relationship.

â€œShe organized her thoughts, identified her strengths and weaknesses, vulnerabilities and concerns about personal issues followed by a plan of action and areas where she needed help,â€ he said. â€œAt first, the nursing program was a challenge for Laurel, causing her to question some of her choices, but she quickly adapted and improved her performance within the nursing programs and the ROTC. It just clicked for her.

The combination of working full time, going to school full time and her ROTC responsibilities became too difficult when she started nursing school, 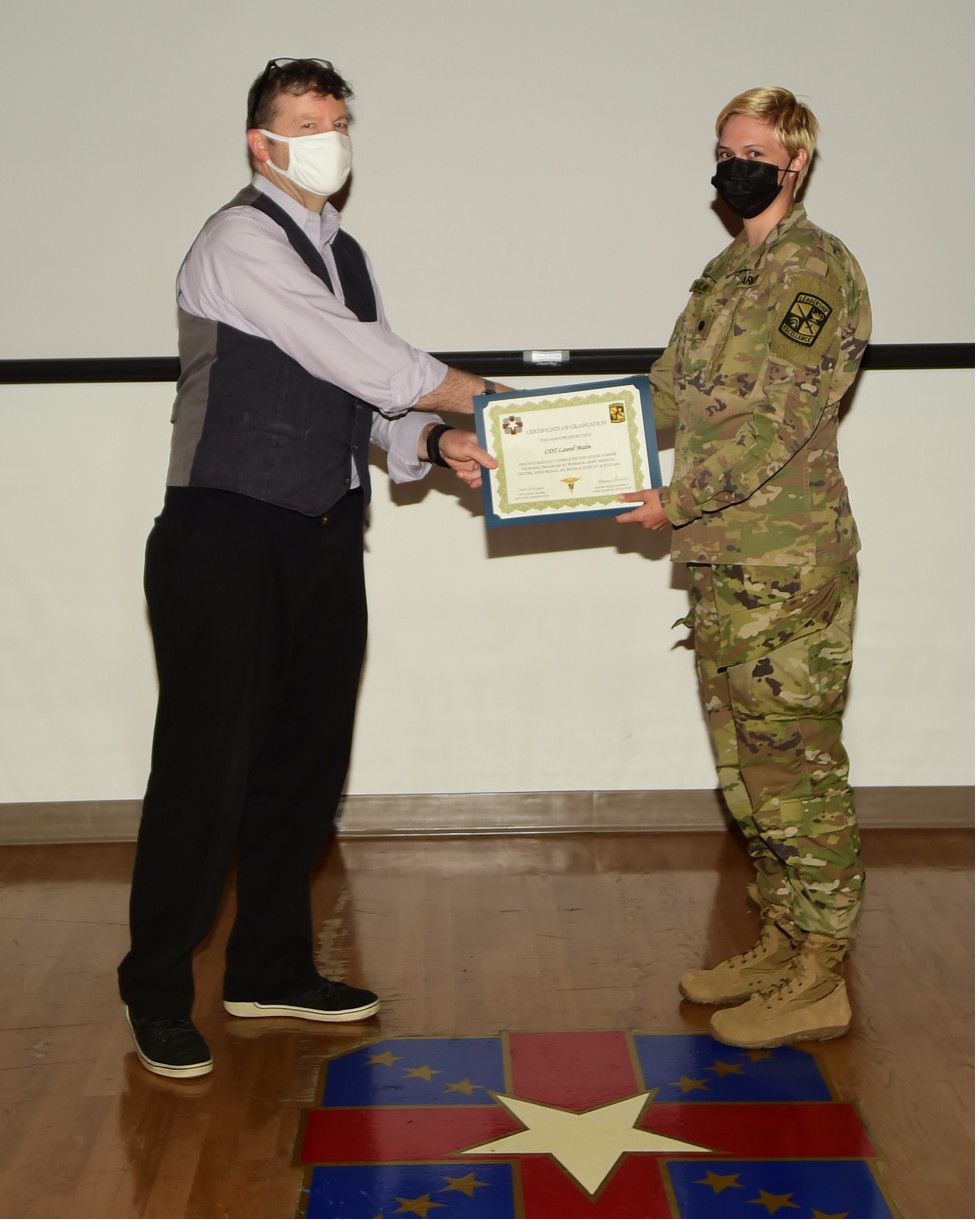 So Malm said that she went from a full-time to a part-time job at FMC so that she could better balance her time and thrive in each of her activities. From there, she improved in all areas of fitness for the ROTC and achieved higher leadership scores.

â€œLaurel stood out to me as a young, engaged and determined future leader with a compassion to help anyone through teaching, mentoring and coaching, a rare attribute to be found today,â€ said Battle.

Dawn Rivas, acting director and clinical associate professor in the School of Nursing, has been involved in Malm’s education from the start. Since Malm was the first student to participate in the joint program, Rivas helped coordinate schedules, worked with the Army Nurse Advisor at Brooke Army Medical Center who oversaw Malm’s progress and met with Malm. every month to make sure she was able to balance the workload between nursing and ROTC, learning the ropes of the inaugural program through trial and error together. They got to know each other well during these meetings. 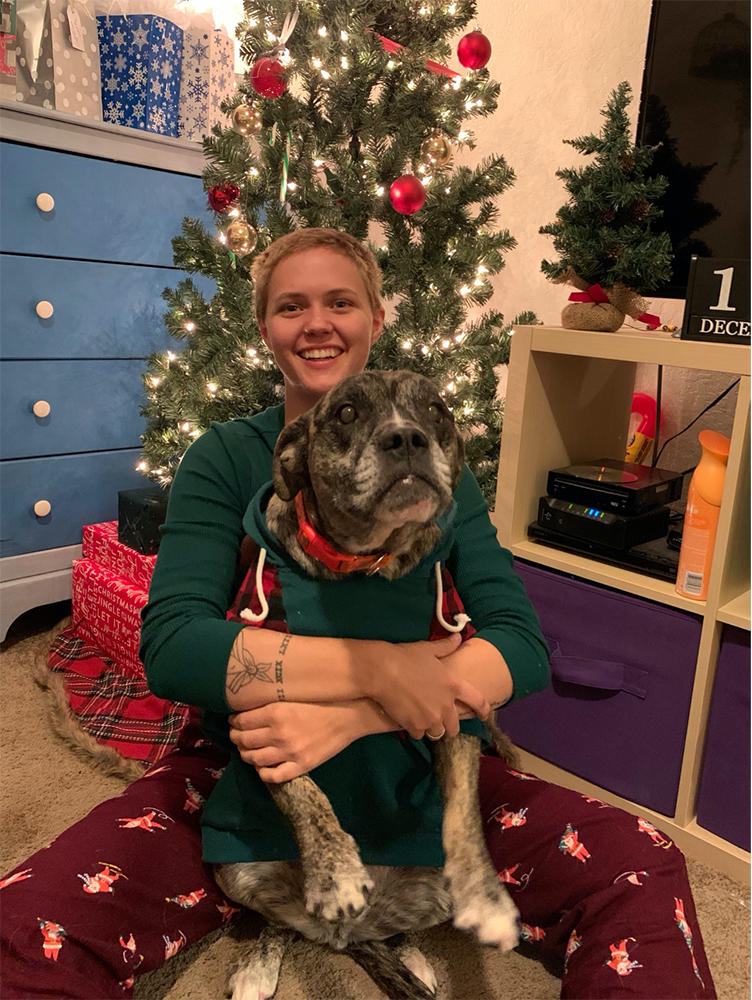 â€œI loved watching Laurel become an amazing person and a great student,â€ she said. â€œI was her NUR 451 instructor this semester when she finished her last nursing preceptorship and she was a rock star. She has received rave reviews from her tutor at the FMC, and I have no doubt that she will be an incredible Army Nurse.

Malm, who is preparing to take his nursing license exams as well as his army commission, reflected on his time at the NAU. She has learned so much in her six years here, she said: see the beauty all around her, enjoy the quiet moments while walking her dog. ROTC taught her the many ways to be a good leader and helped her find her way, and nursing school taught her not only to be a good nurse, but also to manage her time and time. importance of being flexible – skills she will need in the military as much as she needed in a hospital during a one-of-a-kind pandemic.

â€œNo one imagined the pandemic would be as bad as it is,â€ she said. “I’m also guilty of this, but learning in nursing school and learning in my job has shown me the human kindness of nurses and healthcare workers, and I wouldn’t change any of the lessons that I learned or how I learned them. “