TOKE.N launches an ecosystem with NFT, Marketplace and 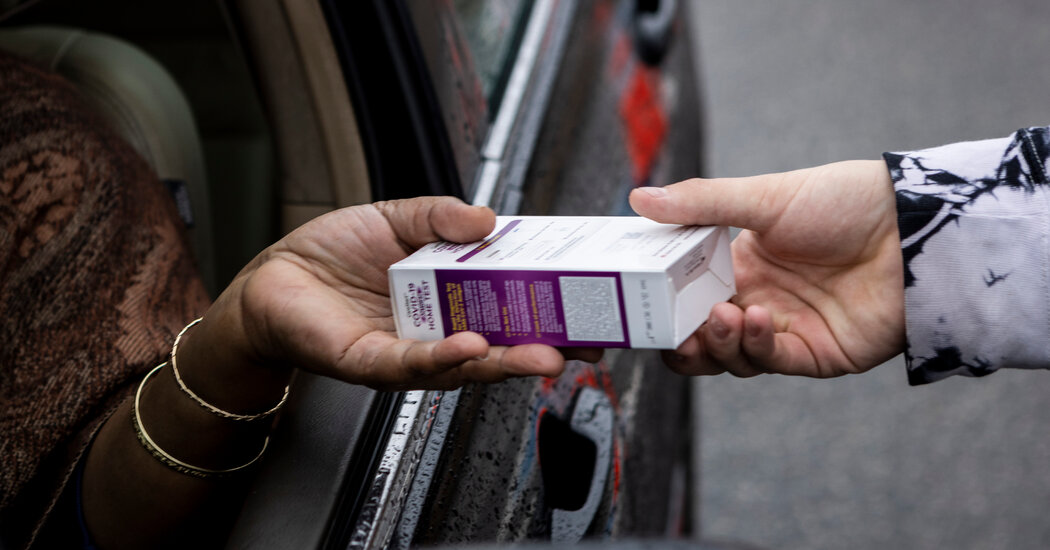 AUSTIN – The Christmas holiday weekend added to the already growing number of COVID-19 infections in Texas with nearly 57,000 new cases reported in the four-day period that ended Monday.

The spike was likely fueled by the rapidly spreading omicron strain which, according to one of the state’s leading treatment hospitals, now accounts for nearly 95% of its hospital admissions.

“COVID-19 (molecular) tests have also shown a positivity rate above 50% for several consecutive days since December 23, which is a new record for the volume of daily tests and positive tests, exceeding those established during previous waves of the pandemic, “a spokeswoman for the Methodist Hospital in Houston said in a statement Monday evening.

According to the Texas Department of State Health Services, more than 17,300 confirmed or probable cases of COVID were reported on Monday. This is the highest total since December 24, when the DSHS reported around 13,800.

The new spike in cases continues an almost vertical trendline that began in mid-December and appears to be heading towards summer peaks when daily case averages exceeded 25,000. All of this comes at a time when federal authorities confirm that COVID testing equipment is scarce across the country.

Nationally, more than 500,000 new cases of COVID have been reported Monday, which is significantly higher than any other single-day report on the pandemic as a whole.

In a conference call with the nation’s governors on Monday, President Joe Biden pledged to continue helping the national fight against the pandemic, including providing more COVID testing equipment to states – both pop-up sites and over-the-counter kits for sale in pharmacies. But he said heads of state must do their part.

“There is no federal solution. It resolves at the state level,” Biden told governors. “My message to the governors is simple: if you need anything, say something, and we will support you in any way we can.”

But Gov. Greg Abbott, a Republican who has not spared his criticism of the Democratic president, has taken to social media to question Biden’s ability to keep his promises.

“Biden pledges full federal support to help states fight COVID. But he’s not,” Abbott said in a tweet. “Biden is piling up therapeutic anti-body drugs and denying states independent access to this medical treatment. Now he has stopped supplying these drugs to Texas. “

Following:Texas no longer has monoclonal antibody treatment to fight omicron

State health officials said on Monday that regional infusion centers in Austin, El Paso, Fort Worth, San Antonio and The Woodlands were running out of monoclonal antibody therapy used to fight the virus. The agency also stressed that “the federal government controls the distribution” of the drug and that more supplies are not expected in Texas until next month.

Abbott also used Twitter to call on Biden to relax what the governor called “unconstitutional mandates” in the fight against the pandemic. Abbott was not specific, but criticized the federal vaccine and face covering requirements imposed by the president.

“The Texas solution is not a mandate and a personal responsibility”, Abbott tweeted, which issued orders in Texas prohibiting local governments from implementing such measures.

Following:Parents in Texas have pleaded for Governor Abbott to allow mask warrants in schools. He hasn’t moved.

So far in Texas, the virus has infected nearly 4.5 million people and has contributed to the deaths of more than 75,300. A bright side of the latest COVID figures in Texas is that hospitalizations related to the virus appear relatively stable over the past few weeks. But those numbers are increasing, albeit at a slower rate than the number of cases.

The number of COVID-related deaths in the state also appears to be leveling off. Both of these trends have been attributed to vaccine use. According to data compiled by Johns Hopkins University, nearly 16.5 million Texans are fully vaccinated against COVID. This corresponds to approximately 58.25% of the eligible population. Nationally, the full vaccination rate is 62.5%.

John C. Moritz covers Texas government and politics for the USA Today Network in Austin. Contact him at [email protected] and follow him on Twitter @JohnnieMo.