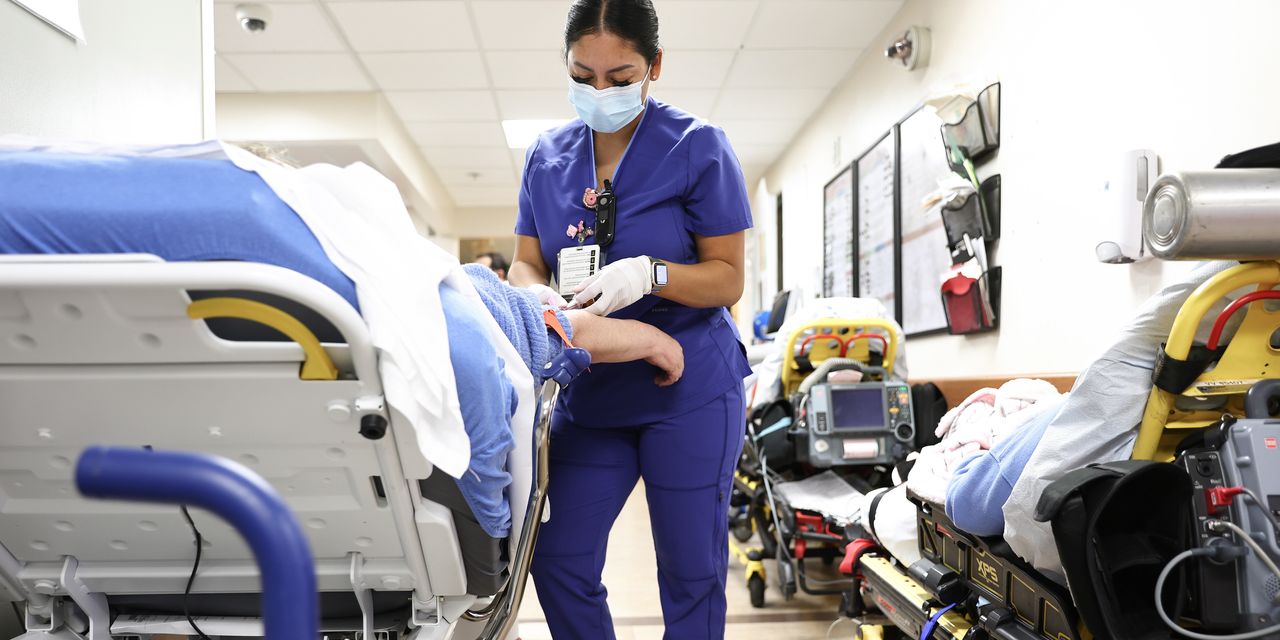 ‘Our healthcare system forces us to try to make calculations between financial security and health’: Americans give US hospitals a dismal score

How much should you expect to spend on medical expenses in retirement?

Vagus nerve stimulation (VNS), sometimes called a “brain pacemaker,” involves a stimulator device implanted under the skin in the chest, with a wire wrapped around the vagus nerve in the neck. It helps prevent seizures by sending gentle, steady electrical impulses to the brain. Generally, the patient does not know that the device is working.

A new study from the Ann & Robert H. Lurie Children’s Hospital in Chicago published in the journal Epilepsyexamined a population of pediatric patients with drug-resistant epilepsy. For these patients, the study found that patients who received VNS, when used with antiepileptic drugs (ASM), had lower hospital costs compared to using ASM alone. The study found that patients treated with ASM plus VNS saved more than $3,000 in annual epilepsy-related costs per year, compared to treatment with ASM alone. These results mirror the team’s previous report of children with drug-resistant epilepsy having significantly decreased in-hospital healthcare utilization after VNS plus ASM compared to those treated with ASM alone. The healthcare utilization study was published in Epilepsy and behavior.

“We take a health services research perspective on the patient journey with a difficult disease process of drug-resistant epilepsy that has not been cured. For patients with drug-resistant epilepsy, it is important reduce seizure burden and improve quality of life goals We quantify outcome aspects of surgical therapies and medical therapies, and assess the impact on healthcare costs and utilization. patients, families, health care systems, health care advocates and policy makers, these are important findings,” said senior author Sandi Lam, MD, MBA, division chief of neurosurgery at Lurie Children’s and professor of neurological surgery at Northwestern University Feinberg School of Medicine.” Although we show lower costs to the healthcare system after VNS surgery, from a perspective of practically speaking, this means fewer hospital admissions due to seizures. Patients spend their days at home rather than in the hospital.”

The study is unique in several respects. There has been no previous research looking at children with drug-resistant epilepsy comparing the outcomes of those who had VNS and ASM and those who received only ASM. The study also provides a cost breakdown by site of care (inpatient, outpatient, and emergency department). Study researchers found that emergency department costs decreased more for children treated with VNS and ASM, compared to ASM alone. While average annual total costs were higher in the ASM-only cohort, the researchers also observed that outpatient care costs for VNS with ASM were higher than for ASM alone. The study authors note that it’s not surprising that children needed more outpatient care soon after VNS implantation, because adjusting the device for each patient is necessary during this period. Outpatient costs for children with VNS decreased dramatically in the second year. Future studies warrant further attention to costs and patterns of care in longer-term follow-up.

Research with national data does not replace clinical research. Every patient with epilepsy presents a unique case requiring tailored clinical care which should be cared for in a comprehensive NAEC Level 4 Pediatric Epilepsy Center such as Lurie Children’s. Large health services research studies can inform future research as well as gaps and opportunities in health care delivery. The study shows that surgical options should be part of the epilepsy treatment arsenal. While future studies will examine the outcomes of cranial epilepsy surgery, this study was limited to VNS and did not include epilepsy surgery on the brain, which is an important means of treating epilepsy.

The study included children (ages 0-17) who were diagnosed with refractory epilepsy, with 1113 patients treated with ASM plus VNS and 3471 patients treated with ASM alone. The data comes from the Children’s Hospital Association’s Pediatric Health Information System (PHIS) database, which contains inpatient, emergency department, outpatient and observational encounter data of more than 44 children’s hospitals in the United States. Study patients were followed one year before and two years after meeting the predetermined criteria for refractory epilepsy.

Research at the Ann & Robert H. Lurie Children’s Hospital in Chicago is conducted by the Stanley Manne Children’s Research Institute. The Manne Research Institute is focused on improving the health of children, transforming pediatric medicine, and ensuring a healthier future through the relentless pursuit of knowledge. Lurie Children’s is ranked among the nation’s top children’s hospitals by US news and world report. It is the pediatric training ground of the Northwestern University Feinberg School of Medicine.

Source of the story:

Material provided by Ann and Robert H. Lurie Children’s Hospital of Chicago. Note: Content may be edited for style and length.